“The Past Is Prologue” is a short documentary film that traces a little-known, and long-forgotten, chapter in the long struggle for civil rights in America.

In the volatile year of 1968, just a few years after the famous Nashville sit-ins, and after more than a decade of dogged resistance by authorities to desegregation, Black and white students still overwhelmingly attended separate, and unequal, schools. Against this backdrop, an all-black high school basketball team, the Cameron High Panthers, faced off against Stratford High, a nearly all-white team, in a high-stakes state tournament game, held in the city’s largest auditorium in front of over ten thousand passionate fans.

Spontaneous protests and scattered fights broke out after the white team won…a win that was marred by what Black fans were convinced was racially-biased officiating designed to ensure their loss to Stratford.

In the wake of the disorder, the white school received no significant punishment, while Cameron’s entire athletic program was suspended for a full year…a crushing blow by the frightened authorities, and a further injustice in the eyes of Nashville’s black community. The rising senior class of 1969 would be the most directly affected, with top athletes deprived of chances to win college scholarships, and the entire student body deprived of a vital part of a school’s life, unfairly penalized en masse for the actions of a few.

“The Past is Prologue” relates the story of the game and its aftermath, including the community organizing, protests, and the Federal lawsuit filed on Cameron’s behalf by famed civil rights attorney Avon Williams. The filmmakers bring the story alive through meticulous archival research, interviews with Former Cameron students and teachers, and filmed recreations of key moments (reconstructed from newspaper reports and first-person accounts) in the places where events actually occurred. 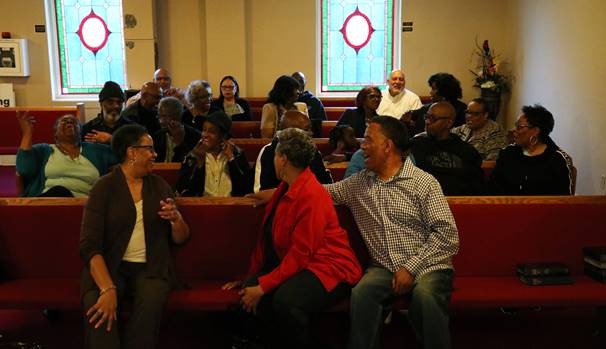